This is an answer to the question Changeability of the Scientific Mosaic that states "If an accepted theory is taken as the final truth, it will always remain accepted; no new theory on the subject can ever be accepted."

Dogmatism No Theory Change theorem was formulated by Hakob Barseghyan in 2015.1 It is currently accepted by Scientonomy community as the best available answer to the question.

Here is the complete acceptance record of Dogmatism No Theory Change theorem (Barseghyan-2015):

Dogmatism No Theory Change theorem (Barseghyan-2015) is an attempt to answer the following question: Under what circumstances does scientific change become impossible?

See Changeability of the Scientific Mosaic for more details. 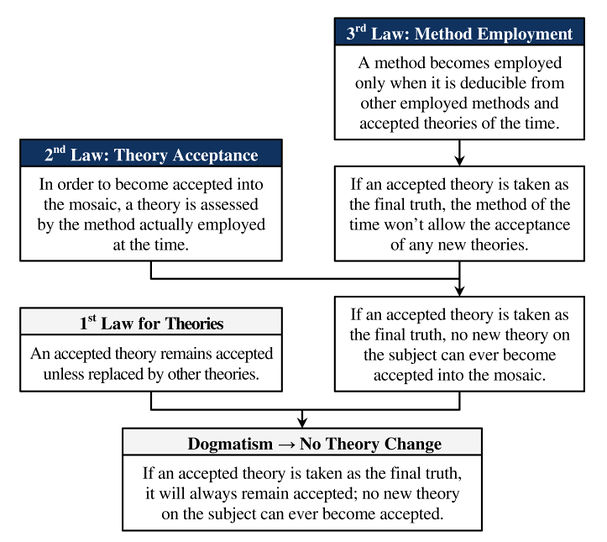